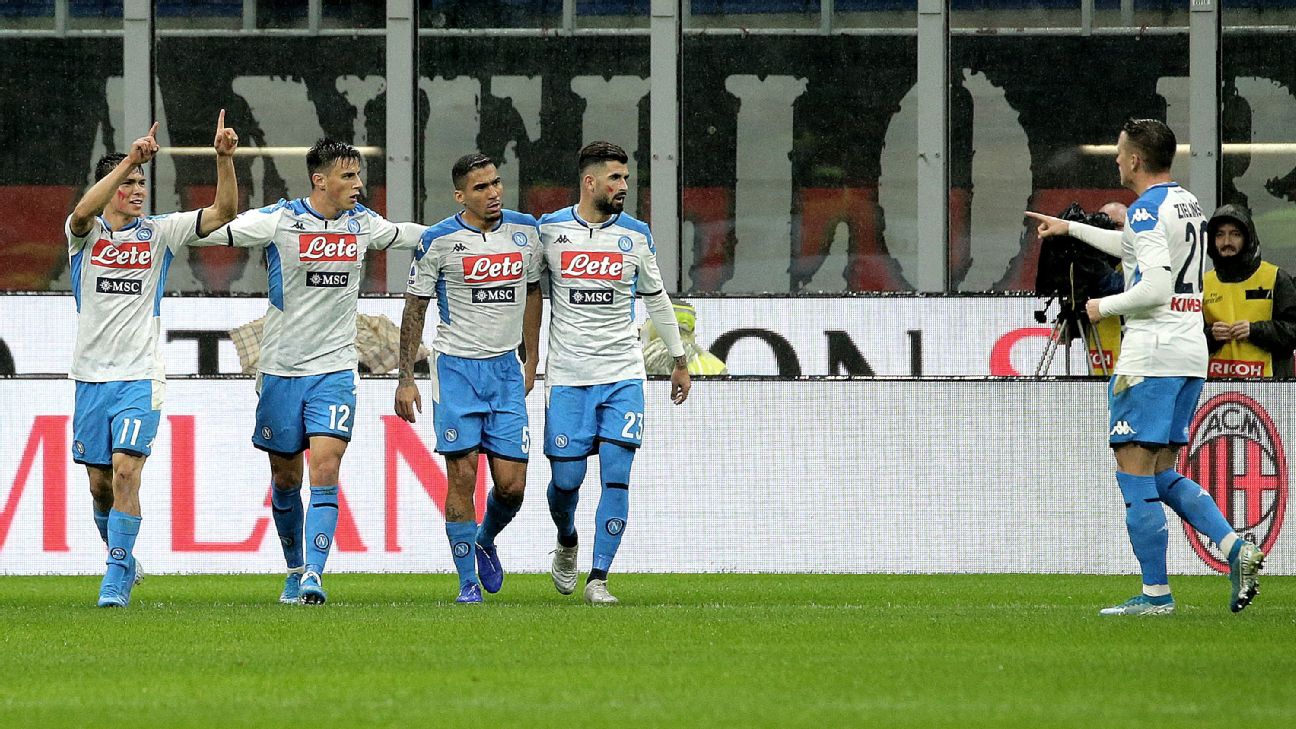 Struggling AC Milan and Napoli ground out a 1-1 Serie A draw at San Siro on Saturday that did little to help either side’s plight.

Hirving Lozano headed Napoli in front midway through the first half before Giacomo Bonaventura levelled with a powerful strike five minutes later.

Napoli have now failed to win any of their last six games in all competitions, their worst run of form since March 2013, while Stefano Pioli has recorded just one victory in six games since taking over from the sacked Marco Giampaolo in October.

The result lifts Milan up to 13th place on 14 points ahead of the rest of the weekend’s fixtures, while Napoli remain seventh on 20 points.

- Previous article « Lukaku: 'Dreamed of Inter for some time'