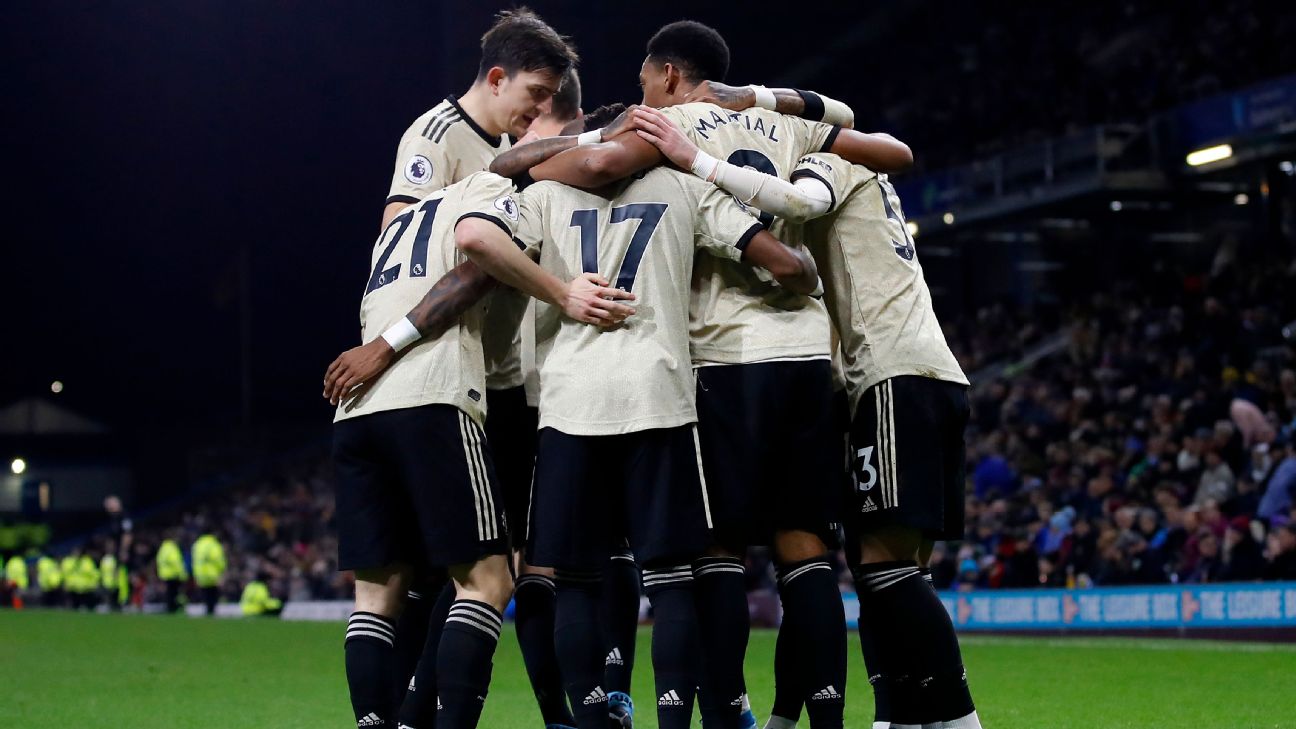 Manchester United moved up to fifth place in the Premier League on Saturday after goals from Anthony Martial and Marcus Rashford gave them a 2-0 win at Burnley on Saturday which leaves them just a point outside the Champions League places.

Martial struck a minute before the break with a simple finish after Andreas Pereira had robbed Burnley defender Charlie Taylor and slipped the ball across to the French forward.

United dominated possession in the first half with Burnley struggling to create any sort of openings and Ole Gunnar Solskjaer’s side would have been disappointed to only have a single goal advantage.

Sean Dyche’s Burnley were more positive after the break and David de Gea had to pull of a fine save in the 68th minute to keep out a low drive from Phil Bardsley.

But after a spell of late pressure from Burnley, United secured the win in stoppage time with Dan James breaking and finding Marcus Rashford, who rounded Nick Pope and slotted home.