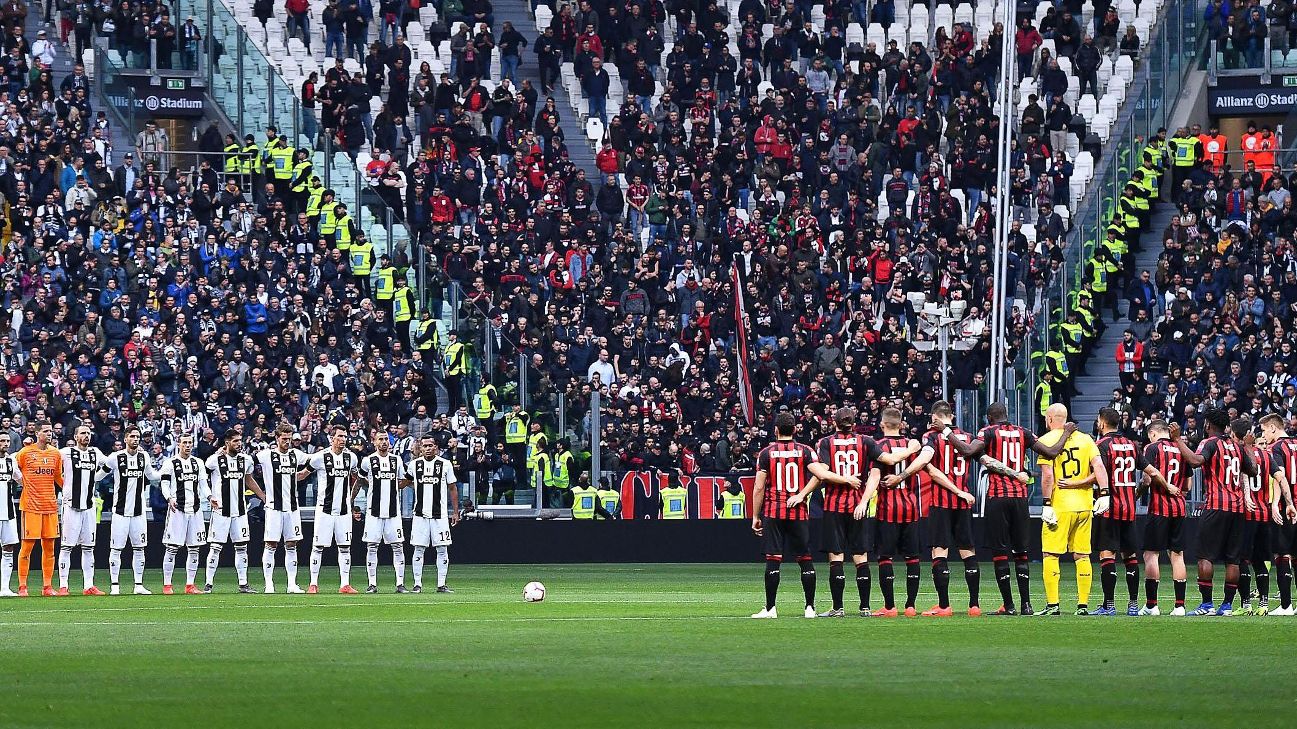 The Coppa Italia semifinal second-leg matches between Juventus and AC Milan in Turin and Napoli-Inter Milan in Naples have been postponed indefinitely due to the coronavirus outbreak in Italy, Serie A have announced.

The game between Juve and Milan had been scheduled to be played in a partially closed Allianz Stadium on Wednesday, with fans from the region of Lombardy — the epicentre of the outbreak in Italy — banned from attending.

However, Lega Serie A, who organises the Coppa, confirmed on Tuesday that the game will now be played at an undetermined date. The first leg ended 1-1.

Napoli’s clash with Inter was due to be played on Thursday but regional authorities ordered a postponement on Wednesday. There is no date in place for the game to be played. Napoli lead 1-0 from the first meeting.

Ten Serie A matches throughout northern Italy have also been postponed over the past two weekends.

Italy’s special coronavirus commissioner Angelo Borelli confirmed on Tuesday that the death toll from the virus in the country has risen to 79, while there have been 2,502 confirmed cases.

The decision to postpone Juve-Milan came hours after Spain’s health minister announced that Valencia’s home Champions League round-of-16 second-leg clash with Italian side Atalanta — who are located in Lombardy — would be played behind closed doors due to fears over the virus.

Information from The Associated Press was used in this report.

Next article - Crystal Palace heading for pre-season tour of Australia »