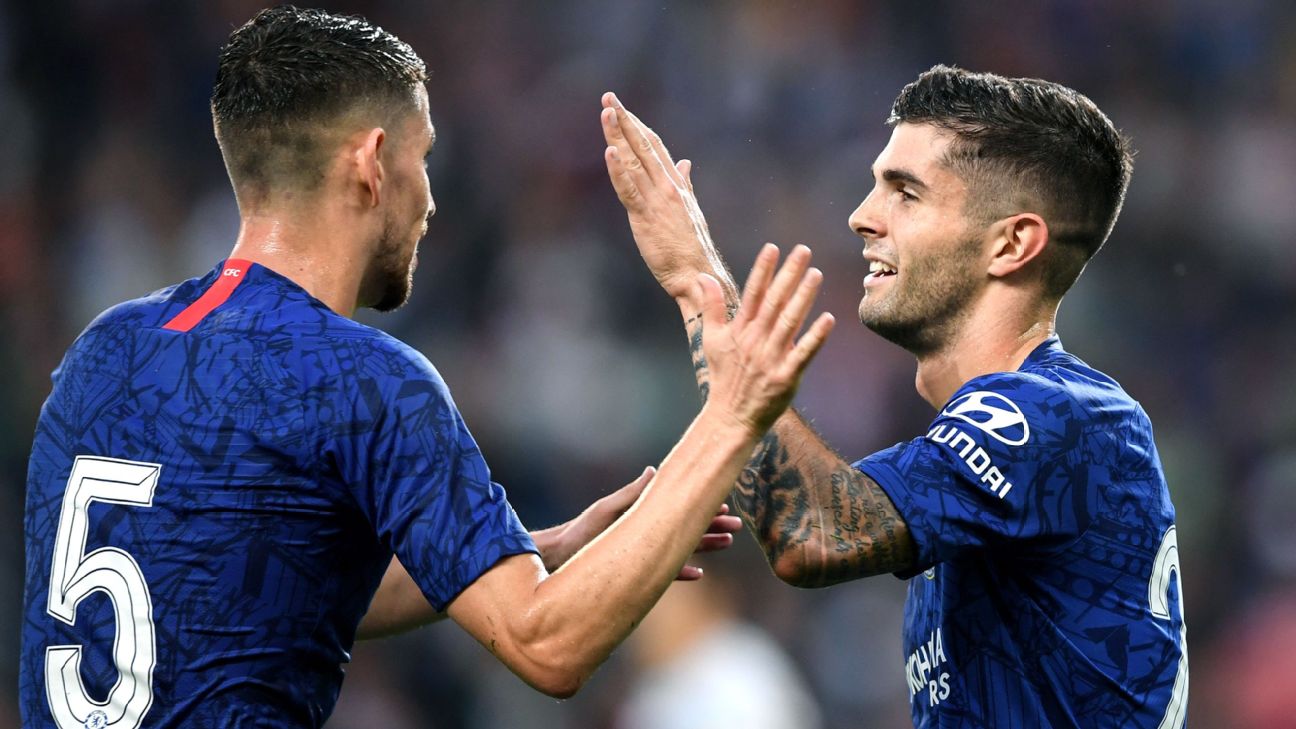 Christian Pulisic scored twice for Chelsea as they ran away with a 5-3 win against Red Bull Salzburg in a friendly in Austria on Wednesday night that wasn’t as close as the scoreline might suggest.

The brace marked the first goals for the U.S. international with Chelsea since signing on with the Premier League club from Borussia Dortmund in January.

Pulisic also drew a first-half penalty, which Ross Barkley converted to give the visiting team a 3-0 lead at half-time.

Jerome Onguene and Takumi Minamino scored second-half goals for Salzburg, but both strikes were quickly answered by Pedro and then Michy Batshuayi as Frank Lampard‘s side took home the win.

Chelsea next face Borussia Monchengladbach in a friendly on Aug. 3 before opening their Premier League campaign against Manchester United at Old Trafford on Sunday, Aug. 11.