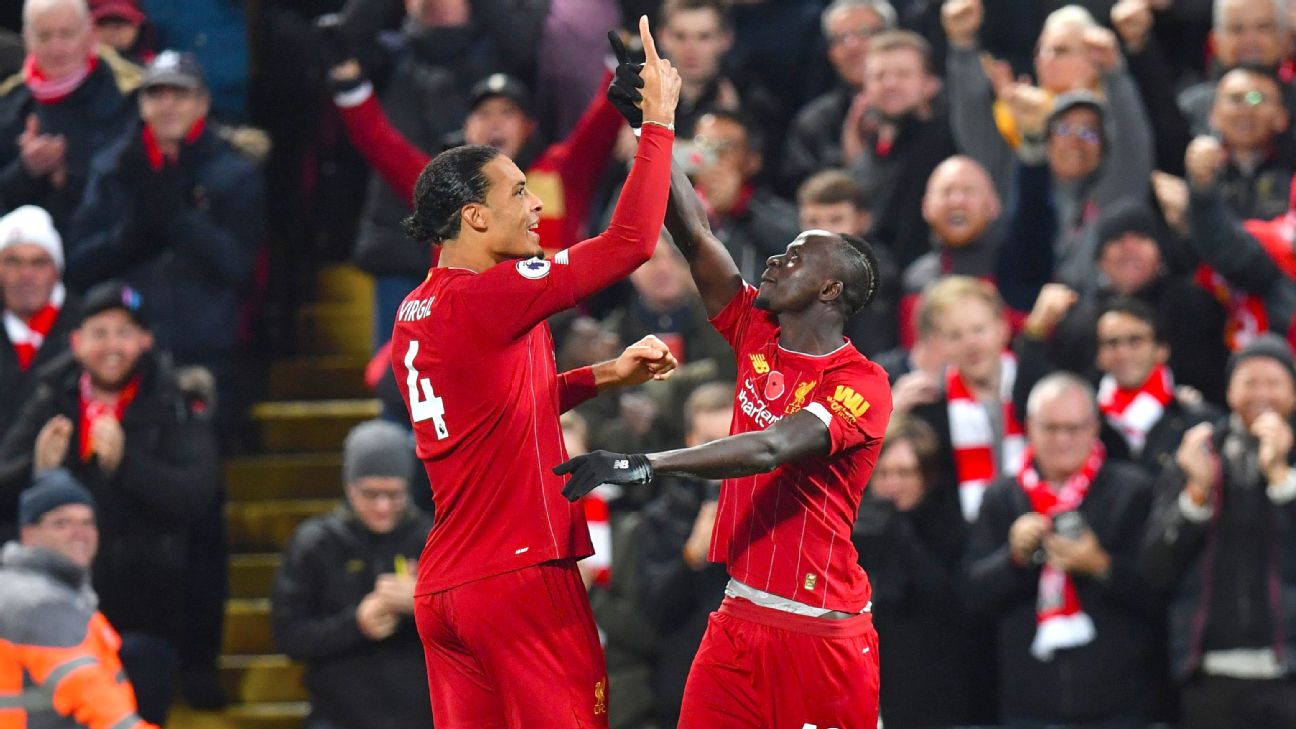 Phil Foden stars for less than 10 minutes! The Exploding Heads use FIFA 20 to predict Liverpool vs. Manchester City.

Steve Nicol says Pep Guardiola calling Sadio Mane a diver won't affect Liverpool in their clash vs. Man City.
Liverpool extended their lead at the top of the Premier League to eight points on Sunday as they defeated defending champions Manchester City 3-1 thanks to goals from Fabinho,&nbsp;Mohamed Salah&nbsp;and&nbsp;Sadio Mane.
A frantic start at Anfield saw the hosts take the lead when Fabinho rifled a shot past stand-in goalkeeper Claudio Bravo&nbsp;from 26 yards out after&nbsp;just six minutes of play.
A VAR check allowed the goal to stand, much to the fury of the City players, who believed they should…