President Aurelio De LaurentiisandCoach Carlo Ancelottiboth stated this weekend that negotiations will not be resolved soon, while they could lean towards other targets.

It’s believed this has irritated the Colombia international, who just returned to base from a two-year loan spell at Bayern Munich.

The Real Madrid asking price is €42m, something Atletico Madrid are more than happy to shell out for, especially after the windfall of selling Antoine Griezmann to Barcelona.

According to Spanish paper Marca, James has now decided he wants to play with Diego Simeone’s Atleti instead, which would also allow him to keep his home in Madrid.

However, Real will try everything they can to prevent the reinforcement of their direct city rivals and would prefer to sell to Napoli. 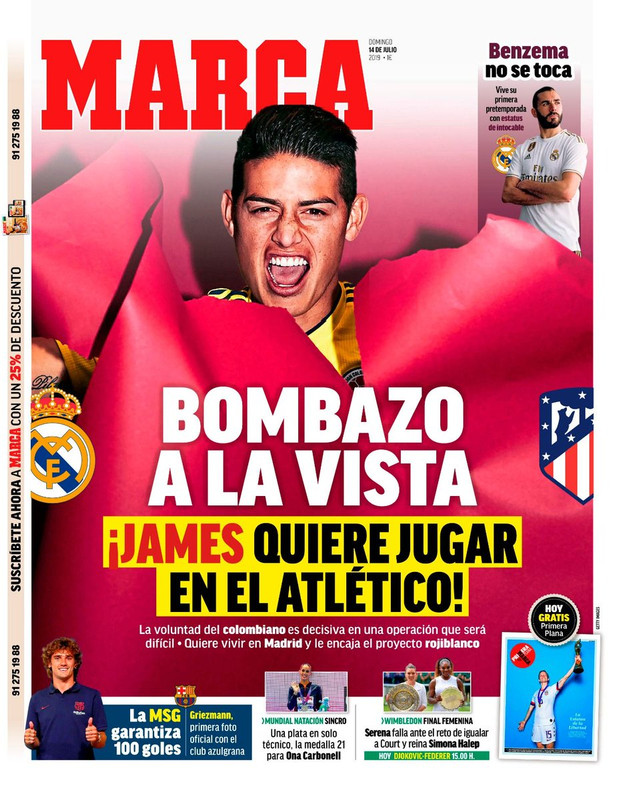 Next article - PSG set to sign Diallo from Dortmund – sources »