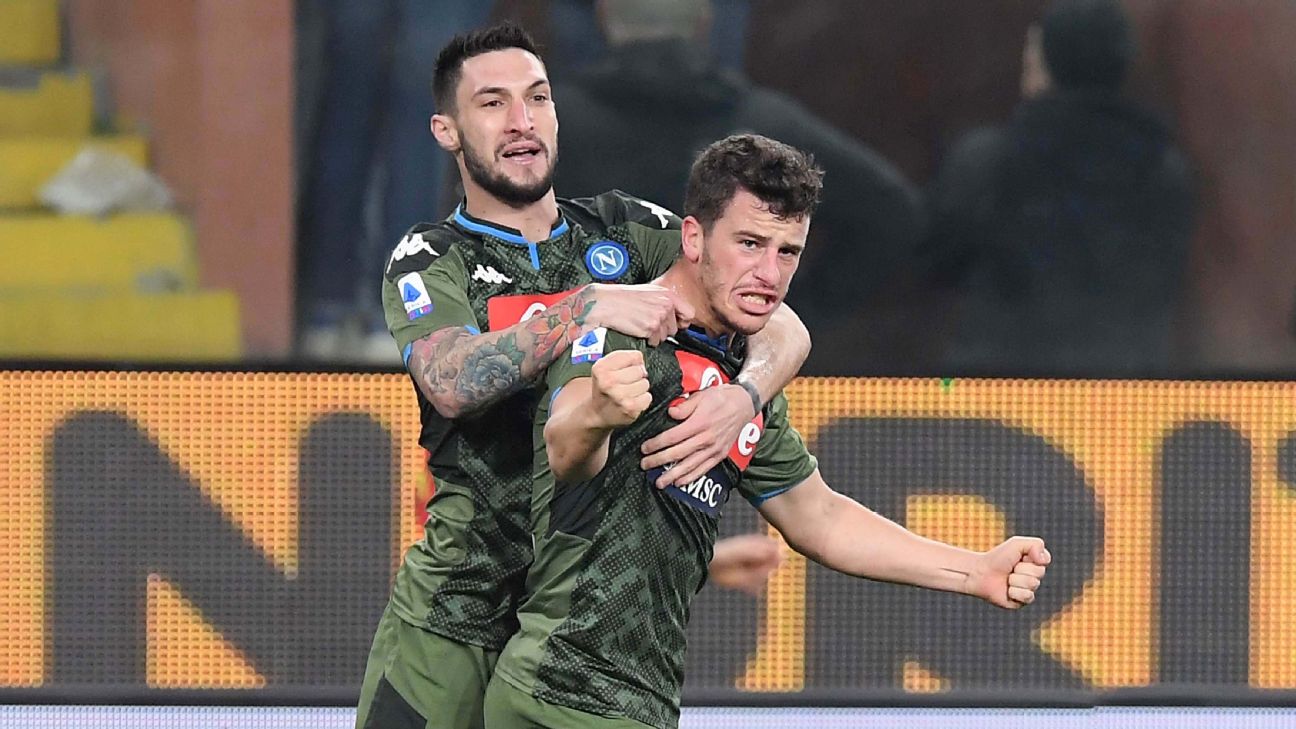 Napoli snatched two late goals to beat Sampdoria 4-2 away on Monday in a Serie A match which featured two controversial VAR decisions and a spectacular effort by veteran Fabio Quagliarella for the hosts.

Diego Demme and Dries Mertens struck in the final 10 minutes as Napoli continued their mini-revival under fiery coach Gennaro Gattuso with a third successive win in all competitions.

Napoli had plummeted down the table after a dreadful run of results but are now back up to 10th with 30 points, nine off the Champions League spots.

“We’re back, we giving continuity to the work we do during the week with the boss,” said team captain Lorenzo Insigne. “The Champions League is feasible but we have to think match by match.”

Napoli raced to a 2-0 lead after 16 minutes as Arkadiusz Milik headed in to finish off a slick passing move and Eljif Elmas turned the ball in at the far post from a corner for his first Serie A goal, the North Macedonian crying with emotion as he celebrated.

Quagliarella pulled one back in style in the 26th minute as the ball was chipped forward to the edge of the area where the 37-year-old met it with a volley on the turn which flew into the bottom corner.

Sampdoria thought they had levelled 10 minutes after half-time with another artistic effort when Gaston Ramirez turned the ball in with an overhead kick but, after a long VAR review, the goal was controversially chalked off for handball by Manolo Gabbiadini at the start of the move.

VAR, however, went in Sampdoria’s favour when Kostas Manolas clipped Quagliarella’s ankle and, after another review with the pitchside monitor, the referee gave a penalty and Gabbiadini converted in the 73rd minute

Demme put Napoli back in front after 82 minutes and Mertens curled the fourth into an empty net from midfield after Sampdoria goalkeeper Emil Audero charged out of his area and headed the ball straight to the Belgian.

“It was a really good Napoli team, they surprised us,” said Sampdoria coach Claudio Ranieri, whose side are 16th and only four points clear of the drop zone. “We did more and they did less in the second half but we made some mistakes at the end and they made us pay.”