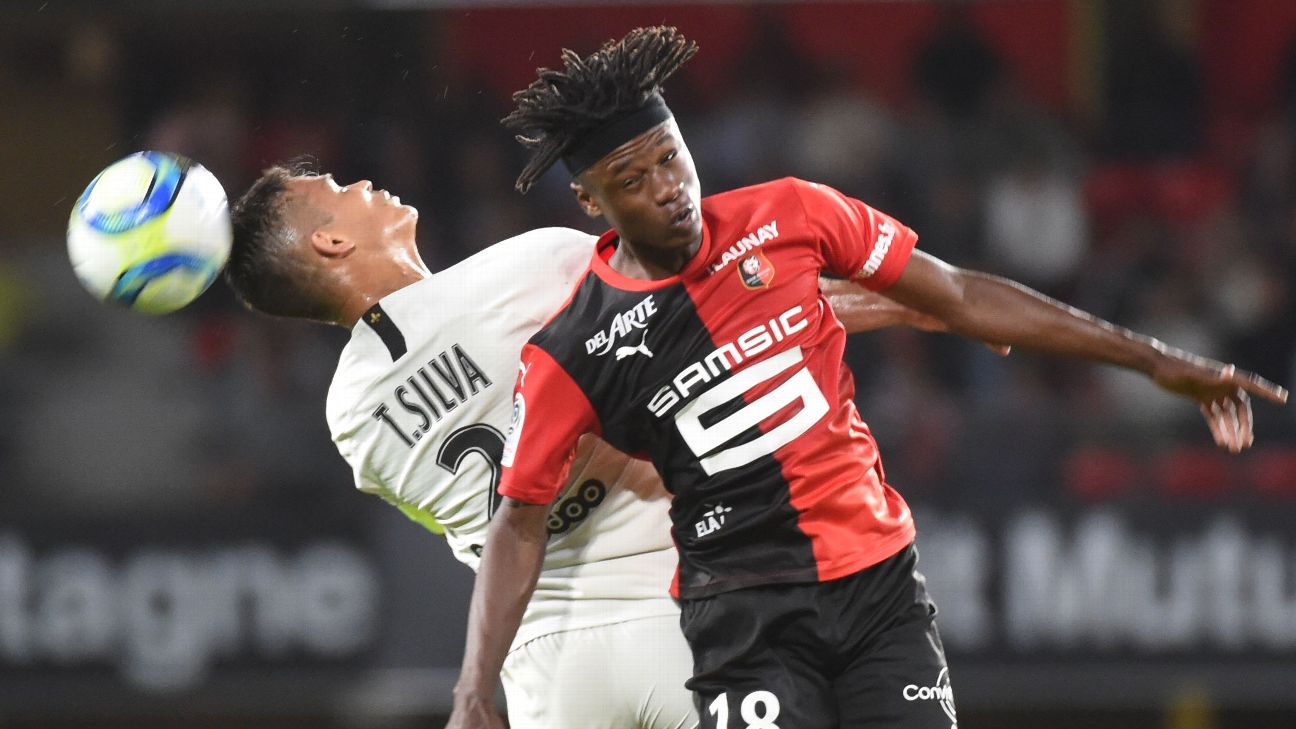 The Premier League transfer window has closed, but the rest of Europe remains open for business. Plus, it’s never too late to look forward to January! Click here to view the latest transfers and keep up to date with the latest gossip below.

Premier chase is on for Rennes wonderkid

Manchester City, Arsenal and Spurs are in the hunt for Rennes’ 16-year-old wonderkid Eduardo Camavinga, after his virtuoso performance against Paris Saint-Germain in Ligue 1 on Sunday evening, according to the Daily Mail.

Rennes beat PSG 2-1, thanks in no small part to the performance of Camavinga — who was playing in front of scouts from a bevy of Premier League sides in attendance at Roazhon Park.

Spurs had lined up a bid for him last season when the teenager made his debut for Les Rennais. He made seven appearances for the French club last season and has already played three times during the current Ligue 1 campaign.

How long he ends up staying there remains to be seen. Particularly if he keeps playing like he did at the weekend.

Barcelona aren’t enjoying much luck when it comes to persuading players to form part of their deal to lure Neymar back to Spain. The latest to turn down a potential one-way ticket to Paris is Nelson Semedo, with the full-back ending a summer of uncertainty exactly where he started it — at the centre of one of the biggest moves of the transfer window.

Samedo was identified by Atletico Madrid boss Diego Simone as the player he wanted in the deal that ultimately sent Antoine Griezmann to the Nou Camp from Madrid. Then Barcelona did a swift about-turn and decided not to include him, despite the Portuguese player being ready to move to the Spanish capital.

Now they’re at it again. And again Semedo is at the heart of a transfer. Only this time, according to Marca, he doesn’t want anything to do with the reported Neymar-returns-to-Barca deal.

You could hardly blame Semedo for feeling a bit like a spare part at Barca. After all, the list of Barca players who could potentially head to Paris in Neymar’s place is a lengthy one. First Ivan Rakitic and Samuel Umtiti were lined up, then Philippe Coutinho looked a likely candidate before he decided to head to Bayern Munich.

Throw in Arturo Vidal and Ousmane Dembele and there are precious few players left for Barca to tempt PSG with.

Ribery off to Fiorentina?

Franck Ribery is off to Serie A. At least that’s what Das Bild (courtesy of Football Italia) is reporting, despite the French star receiving heftier offers from clubs in the UAE and Russia. Earlier reports had suggested that both Dynamo Moscow and Spartak Moscow were interested in snapping up the 36-year-old. Al Nasr, meanwhile, were lining up a two-year contract for the player, worth a reported €5 million a season. Good work if you can get it.

Now Fiorentina have pounced with less than two weeks remaining in the European transfer window, with a team spokesman saying “if he wants to continue being a player at a high level, then we are waiting.”

Ribery had been with Bayern Munich for the past 12 years, winning both the Champions League and countless Bundesliga titles with the Bavarian giants.

– Valencia are increasingly concerned that Rodrigo Moreno will be off to Atletico Madrid before the end of the European transfer window — but that he won’t leave them enough time to find a replacement. Marca report that Rodrigo’s move will depend almost entirely on whether Angel Correa heads to AC Milan from Atletico.

– Sky Italy, via Calciomercato, are reporting that Milan are working on four sales before the end of the window to help offset the aforementioned Correa move — but that patience is the watchword.  Among those who may be exiting the San Siro? Andre Silva, Ivan Strinic, Diego Laxalt, and Samu Castillejo (who reportedly has interest from Celtic).